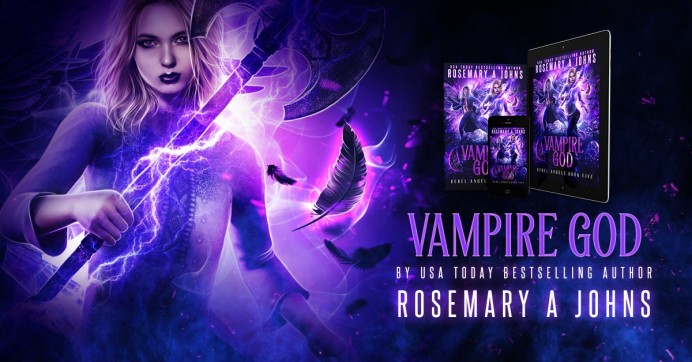 Fantasy Rebel is excited to officially announce the pre-order release of VAMPIRE GOD the fifth and final book in the USA Today Bestselling series REBEL ANGELS by award-winning author Rosemary A Johns. 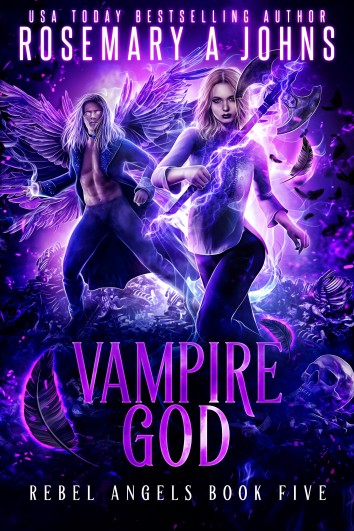 In this epic grand finale to the urban fantasy romance, which has immersed Violet in the world of angels, vampires, and mages, the secrets and mysteries are finally revealed. Love, danger, and revolution sizzle in the land of gods and monsters.

ORDER HERE AND PREPARE TO DIVE INTO THE LAND OF GODS AND MONSTERS.

In the realm of the gods, the final game for the Crown has begun.

Violet is running out of time. In a court of godly angelic Seraphim, the only way to survive the trickery and secrets of The Burning Temple is to seduce the despotic Emperor’s sultry shifter son. Yet is he as much a prisoner as her in his Gilded Cage?

Violet must undertake the Test by Monster to become a bodyguard to the Emperor: a Fae Knight of the Seraphim. If she fails, her vampire and angel lovers will be tossed into the Abyss. At last, Violet meets her creator, and the dangerous truth is revealed…

When the Emperor threatens to wipe out every world and start a new Eden, time is up. In the final battle, Violet could lose everything.

Have you binge read the first four books? Start the adventure here. 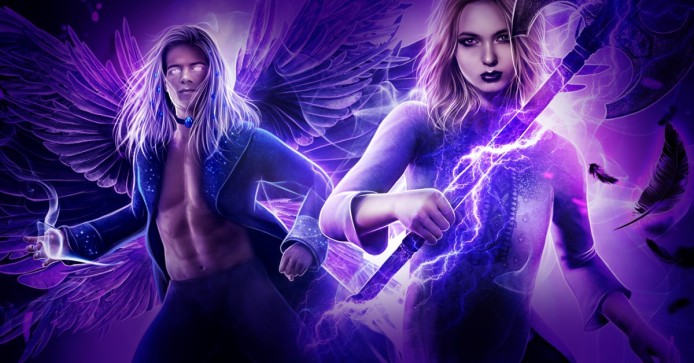