Fantasy Rebel is proud to announce the official PAPERBACK release of VAMPIRE MAGE!

“I can’t get enough of this! I want more and more. This is my favorite series yet. Anyone who loves stories with angels or vampires with a great twist, this is a must read.” – Vampressdawn, BookBub, 5 Stars 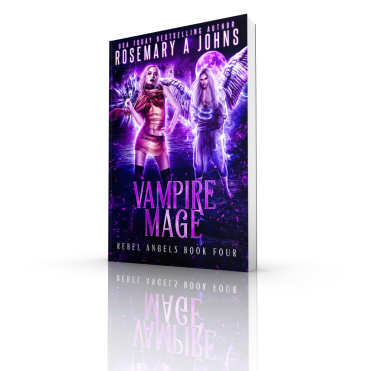 In the supernatural war of angels vs vampires, magic is a savage prince.

Nothing could’ve prepared Violet for initiation into the Legion of the Phoenix, or being trapped in the Brotherhood with an army of angels brainwashed to annihilate vampires.

Violet must fight beside her monstrous half-brother, the prince, who hungers to force the world to kneel…or battle against him to become a hero to those she loves. Either way, dangerous magic is unfurling inside her, and new realms are about to open that threaten them all…

Along with the paperback release of VAMPIRE MAGE, the fourth book in the REBEL ANGELS

You can binge read the REBEL ANGELS and REBEL VAMPIRES series FREE on Kindle Unlimited or catch up with the series on Kindle or paperback before the release of VAMPIRE MAGE on Kindle January 8th.

VAMPIRE MAGE is out now on paperback HERE.

VAMPIRE MAGE can be pre-ordered HERE.

Happy Reading in the upcoming New Year! What books are you looking forward to reading in 2019?