Fantasy has long tackled tough subjects, whether set in this world or entirely new ones.

In Blood Shackles Light is enslaved by the human Blood Club: click here for the personal story behind the book.

It’s a dangerous game to love your slave…

The issue of freedom: mental, physical, sexual, in society, families and between partners? That’s what allows slavery in fantasy to hold the mirror up to our own world.

As Light says ‘freedom means so little, until you lose it.’

Here are Three of the Best Slavery Fantasy Books:

The blinding thing? Each book deals with the same ideas but in totally different  – gripping – ways.

In Blood Shackles it’s vampires who have become prey to predatory humans:

5* “When Light is captured, he refuses to lose himself, despite how his captors try to break his spirit and force him into submission. Being sold to Grayse is the ticket he needs out of his cell, even though her father owns the company that enslaves him… Blood Shackles is brutally honest, tragic, triumphant, addictive, and somehow hopeful… Johns succeeded in creating a world, characters, and a story that pulled me in until I had to finish reading it… This is a novel everyone should read, along with Blood Dragons” – Readers’ Favorite

Naked and defanged, Light wears only one thing throughout Blood Shackles: his S.L.A.V.E. ring. But Light? He won’t be owned. He’ll battle to the end for his family, species and love. The ring? Becomes a symbol of everything he’s both fighting for and against: ‘Unexpectedly your fingers were tracing over my ring – S.L.A.V.E. – as if discovering something dark beneath bright waters…’ (Blood Shackles)

To dive into the dark world of the Blood Club? Click here and prepare yourself for Blood Life… 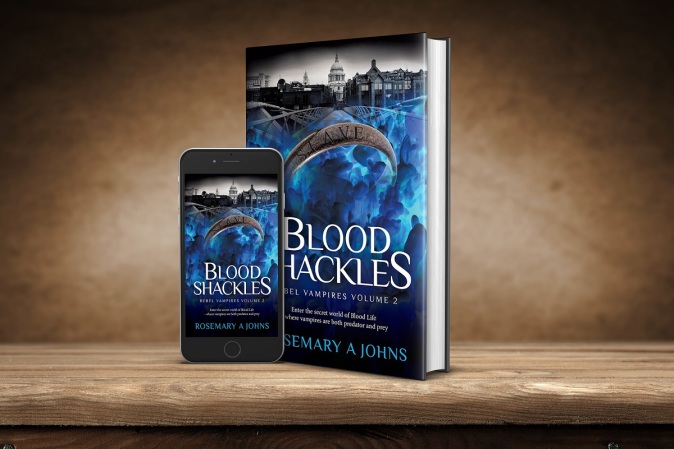 One thought on “THREE OF THE BEST SLAVERY FANTASY BOOKS”