Horror and Horror Comedy). Nine days later, the battle between vampires and angels is still #1!

Have you bought your copy yet?

I’ve been working on the story of Violet, the half-vampire/half-angel anti-heroine, who was raised amongst humans and comes into her monstrous powers on her twenty-first birthday, before being dragged into the supernatural world, for the last year.

This five book series is going to be epic, and I’m excited about sharing it with you!

“With unique world-building, action, and plenty of romance, Vampire Huntress is a gripping page-turner that kept me reading until late into the night! I can’t wait for book two!” – Jenna Wolfhart, Urban Fantasy Author 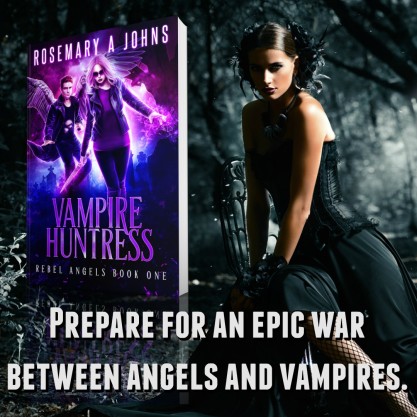 You can start reading the adventure here now with a free preview!

‘Nobody’s perfect. Not even an angel.’